How Quickly Should You Get to the Point? It Depends!

How Quickly Should You Get to the Point? It Depends!

My colleagues and I always talk about the importance of getting to the point quickly. So don’t worry… I am not about to contradict twenty years of Latimer teaching.

Am I contradicting myself? I don’t think so.

As with most things, the correct answer is a matter of degree. And here is how I think about it. While we would never, ever advocate for leaving your main point to the end of a forty five minutes discussion, we also don’t think you ALWAYS have to get to the point in the first forty five seconds either. How quickly you need to get there depends largely on how quickly the audience can tune you out and “change the channel.”

Over the weekend I was listening to a MasterClass lesson from the great screenwriter Aaron Sorkin, who is the rare writer who has been highly successful writing plays, movies and television shows. During the lesson, he was discussing his approach to story development, and specifically how long he can take to draw the audience in and make the intention of the piece clear. His answer surprised me somewhat. He said (and I am mildly paraphrasing) that it depends entirely on how quickly the audience is able to “change the channel.”

When writing a play, the writer has some ability to develop things a little slower, because if someone has decided to attend your play, they are highly unlikely to get up and walk out of the play in the first act. It can happen, but it is rare. Similarly, while a paying customer can and occasionally does walk out of the movie theater, it is also fairly rare. But when watching a television show, it is incredibly easy for the audience to simply pick up the remote, change the channel and watch something else.

His point was that he tackles things like story and character development differently depending on the variable of the medium. When writing a play or a movie, he has the luxury to take a little longer to develop a story line. But when writing a television show, he knows he has mere moments to draw the audience in before he might lose them.

Writing for the stage or the screen has many differences from writing your next business presentation. But some of the most important principles and requirements are the same. Among other things, you certainly need to draw your audience in quickly, develop your story, and keep them engaged. How quickly you need to do that depends. For example:

Getting to the point quickly is always important. But how quickly depends on a few variables. And one of those variables is the degree to which you have a captive audience. The more freedom they have to change the channel on you, the less flexibility you have to make your point quickly. 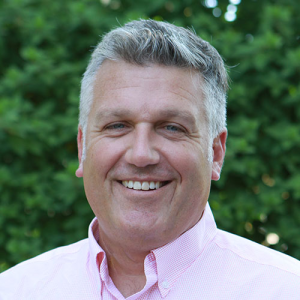